The Transformation of Jesus Faith Church after PPM365 Emergency funding!

HOPE In The Midst Of Destruction

Hey everyone... We are in Belize! We made it safely to Belize today and started with things right away. After collecting our gear and a quick lunch, we headed out to prepare for ministry later on in the week and do ministry at the Youth Hostel outside of Belize City -we played volleyball, basketball, had great conversations with the youth there, and ministered to everyone there. We are settled in tonight to get a good night of rest and gear up for Sunday School and church services tomorrow. Thank you for your prayers!
Sunday School

This morning we enjoyed attending Sunday school at Calvary Baptist in Belize City. Tonight we will be returning there where we will lead the service with several testimonies and a message by Pastor Kevin.
VBS, Children's Home and More

We had an awesome day here full of fun. We started off the morning with VBS and filled the church with more than 120 kids. It was a busy day but it was well worth it and everyone had a great time. In the afternoon we headed over to the Children home while some of the men stayed behind for construction. Later on in the evening we had a supper ministry where we reached out to families in the neighborhood through the giving of a meal and gift of fellowship. It was an amazing God day here in Belize and we can't wait for more to come!
Ready for the Day.

Rico and Kira are all smiles as they start their first day.
Altun Ha

As part of the trip, the group enjoyed a recreation trip to the Mayan Ruins, Altun Ha. Rico and Kira took time out to snap a photo with the temple of the Sun god in the background.
Revival is Coming

The team had an awesome night on tuesday as they hosted a community night and served up 600 hotdogs for the people of the church and the people in the neighborhood. It was an awesome night of food, fun, music, a message, and more. A lot of people came out for the event and there were smiles all around. What an fantastic and wonderful God we serve! 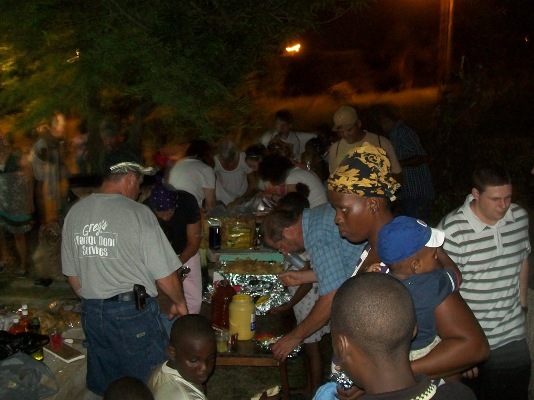 The children enjoyed some exciting games all week at VBS. 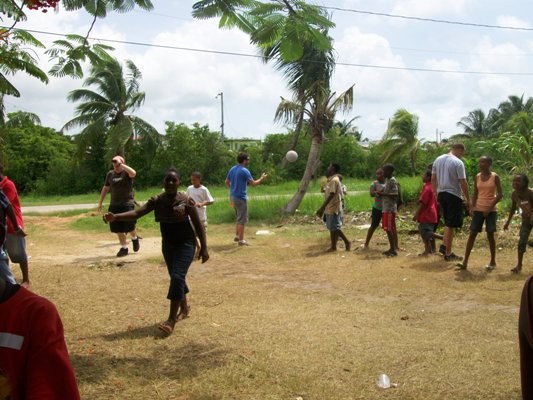