God provided for us!

Pastora Nilka and her church

The team has arrive

When the praises go up the blessing comes down.The team arrived safe here in Jamaica, Trelwany at the Nutshell Conference center.We had barbeque chicken and rice and peas the enjoyed dinner.After that the team had rehersal.oh boy they sing with melody in the voice. We had orentation reminding them about the do's and don't of mission trip,then off to bed the team went and i know for sure all's sleep well.
day1 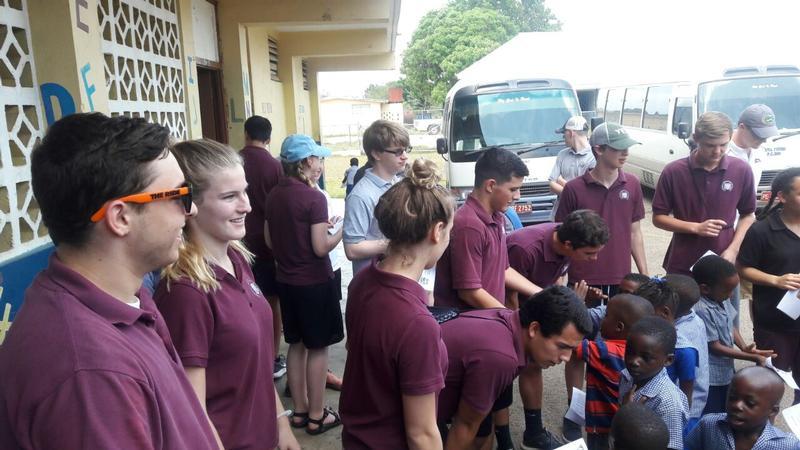 What a day...the kids came in 1 by 1 ,2 by 2 until we had a 120 kids from grade's one to six .We had four different areas (activities) where the kids would get involved in the, finger painting, science center,tag and story time. All kids get a chance to do the different activities by rotating. The day end well with a prayer and chips and bag juice were given to each child and sent home. 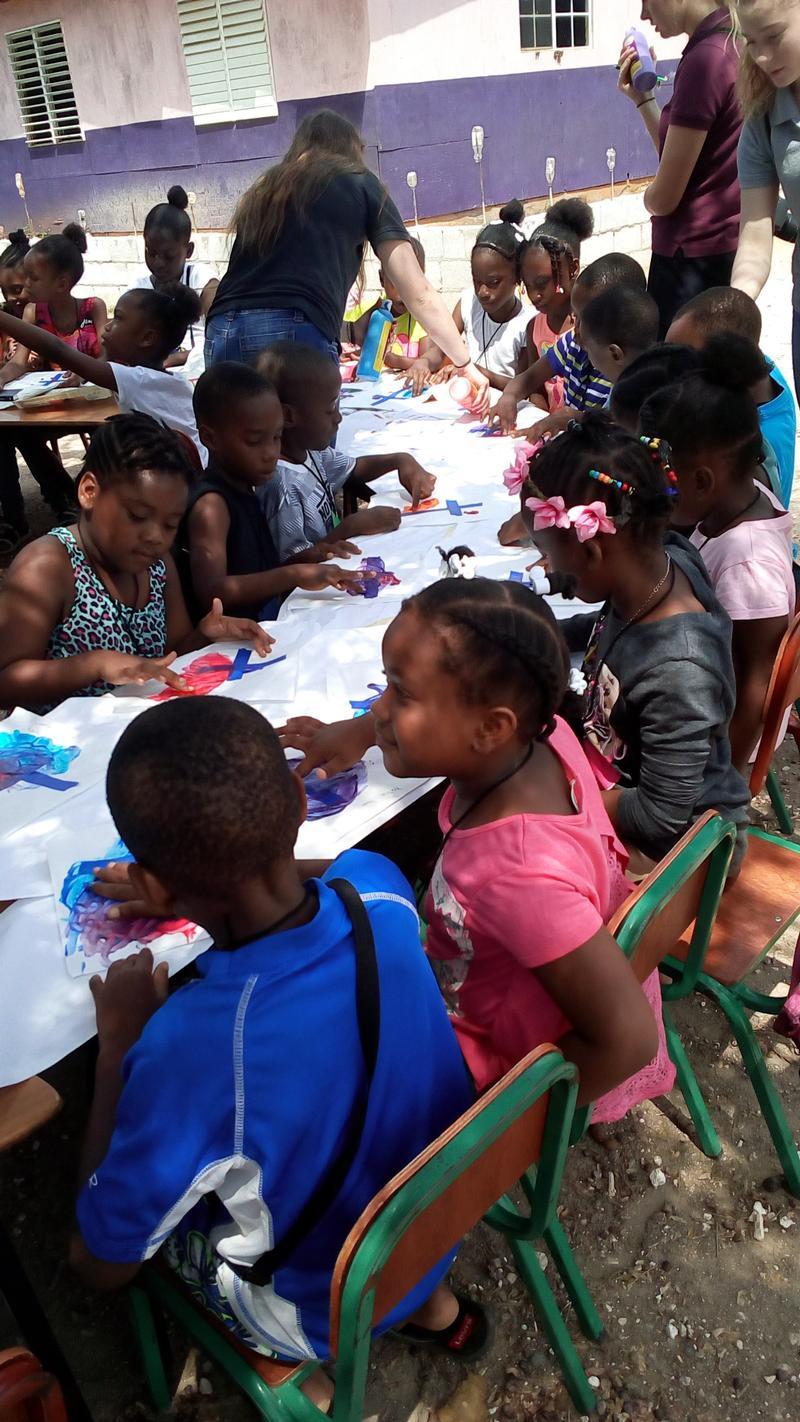 In the afternoon we all drove down to Deeside.Where we had lunch,afterwards we started construction on Bro Sam's house
Gooooo Seffner!

This team here love, pray and serve without conditions just the way God taught us to. These Early Raiser begin their day with their devotion and prayer then it was breakfast time; excited to see and taste their third breakfast which was yum, yum to their tum, tum. Then we set off to "Abundant Life Ministry" for divine worship which was an awesomely awesome experience. We had lunch then we head down to the Infimary where we had a concert and to our surprise we were inturned ministered to and inspired to love and trust God more knowing the best is yet come! Hosanna in the highest we had a glorious day! 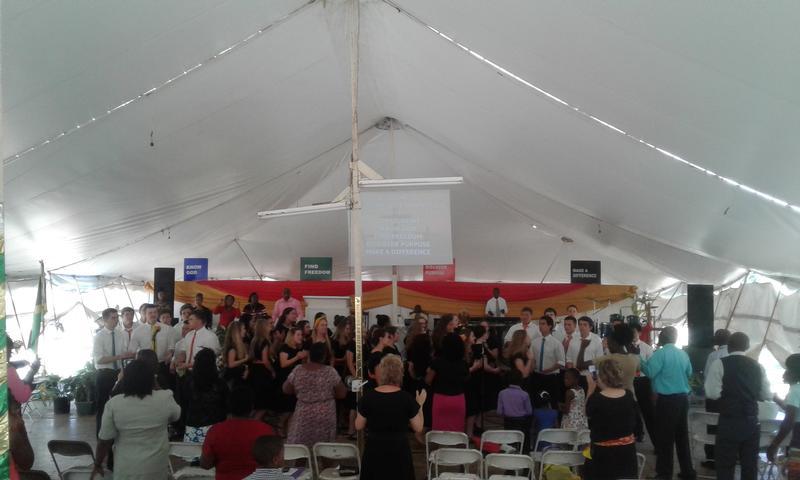 Bounty hall was great the vbs was really awesome the kids got to build relationships with the kids more than how they did last year and the kids really appreciate it and the kids love having them here. 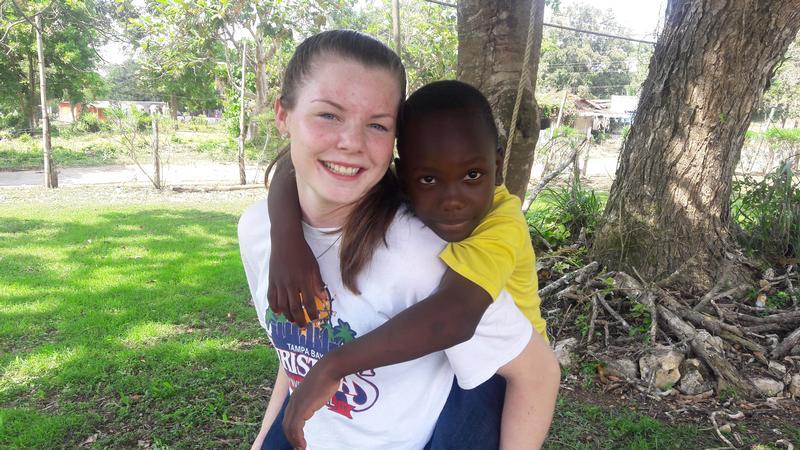 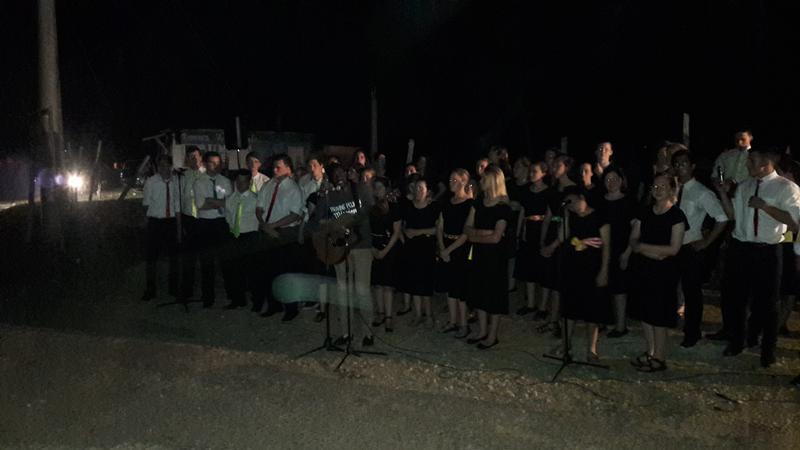 School was great today the kids had great fun in and out of the class room the kids in the class rooms were attentitive. They were broken up in different teams where they portray Christ love in all that that they do. 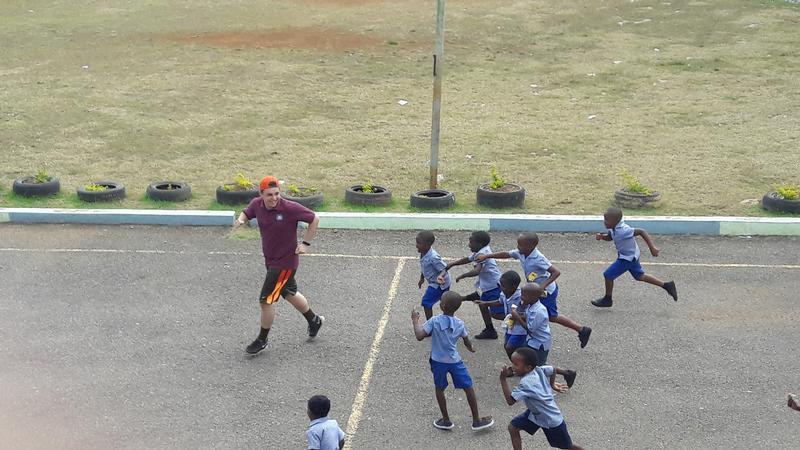 Matthew, Wyatt and Alex demonstrated the love of Jesus, through science, to rhe grade 2 students at Hastings Primary School in Trelawny, Jamaica. Water was poured into a beaker after which a yellow solution was added. Chlorine was then poured in, the water became water clear again. Moral...The water represents our lives, whenever sin enters our lives, it affects us negatively, but when Jesus is invited into our lives, He cleanses us of all our sins and makes us clean again. Other team members also participated in the presentations. Way to go guys... 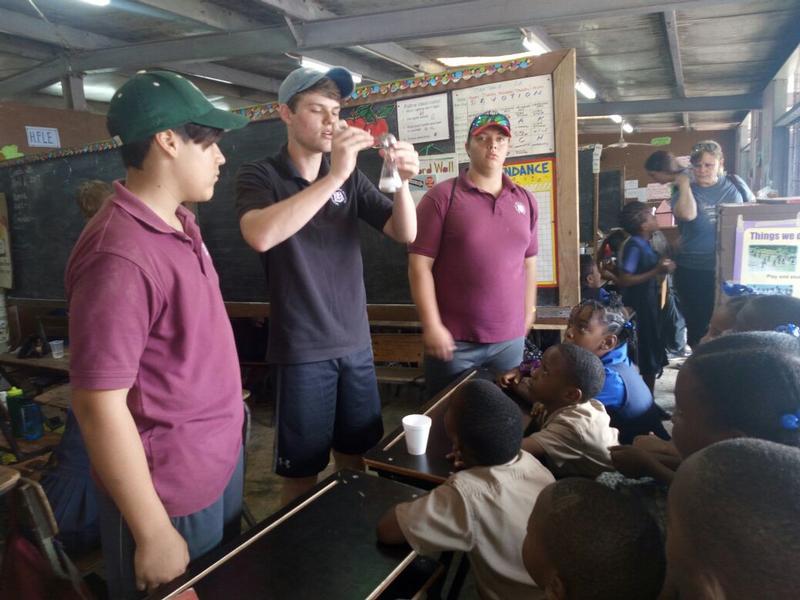