God provided for us!

Pastora Nilka and her church

One of the Many Gardens

Asbury is in Jamaica

The team has arrived safe and sound! Everyone made it through immigration and customs in record time. Even all the bags made it without any getting lost. We loaded all the luggage into a large luggage truck, the team loaded onto 5 buses and we left the airport for the hour long journey to the lodging facility. The team is getting settled in and will have dinner very shortly. After dinner we will have an orientation meeting, worship and devotions and get ready for the week. This is what it looks like with 87 people and luggage getting ready to load the truck at the airport. 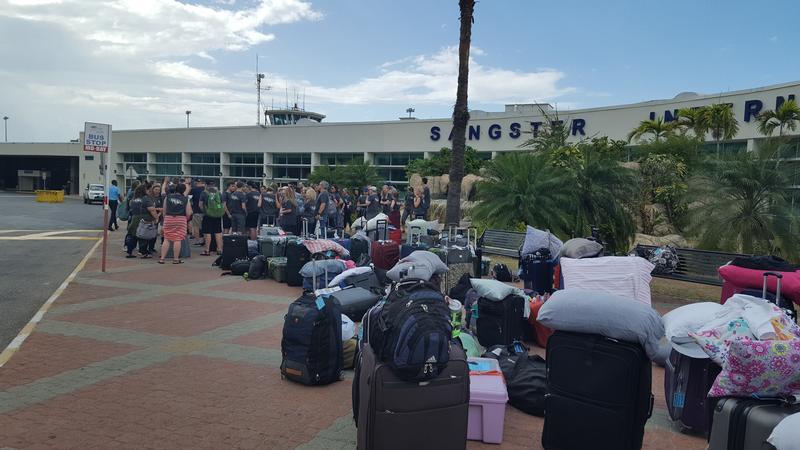 After dinner, the team met in small group time to pray and talk through a few things. What a great way to begin the evening before heading into a time of worship. 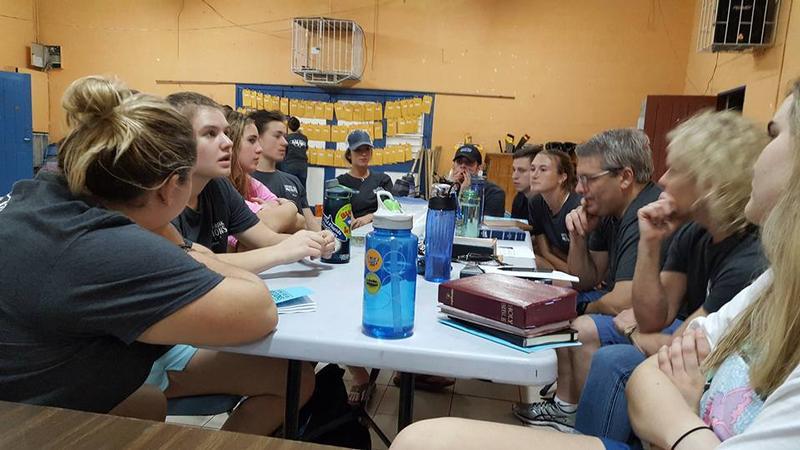 Time to Praise through song

Lets get the week started right. Strong worship to get things kicked off. Devotion was given first by Ryan P and then we were led in worship songs as a large group. Awesome start. 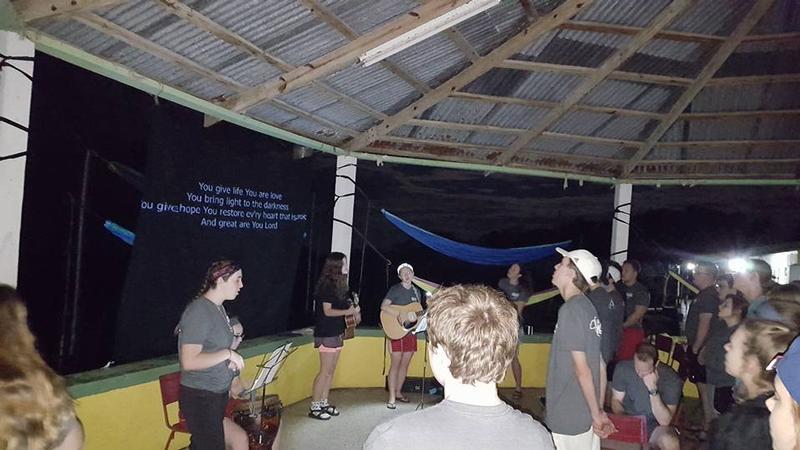 Today marks the first day of hitting the ground for ministry. It was going to be a hard, long day of school ministry and projects. The team was well fed before hitting the road to go to the schools and then on to hard labor in the afternoon 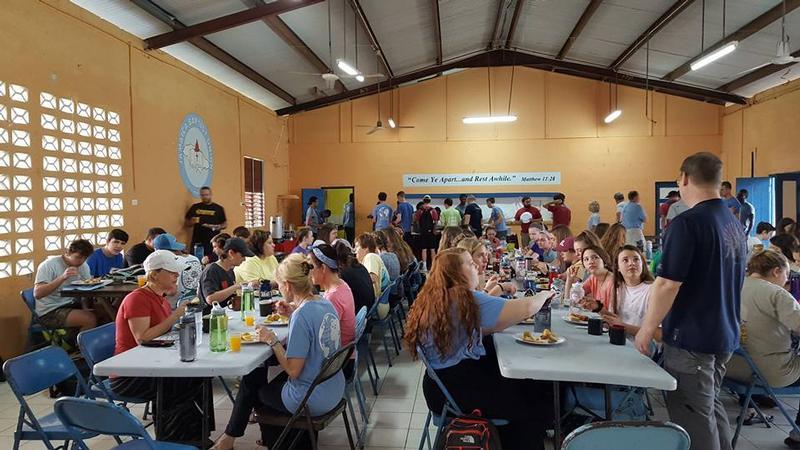 Serving at the Schools

The team enjoyed serving in 3 different schools this morning. With class sizes of 20-45 students the team was very organized as the lead in literacy programs, crafts, games and much more. The students loved being with the team and meeting new friends. 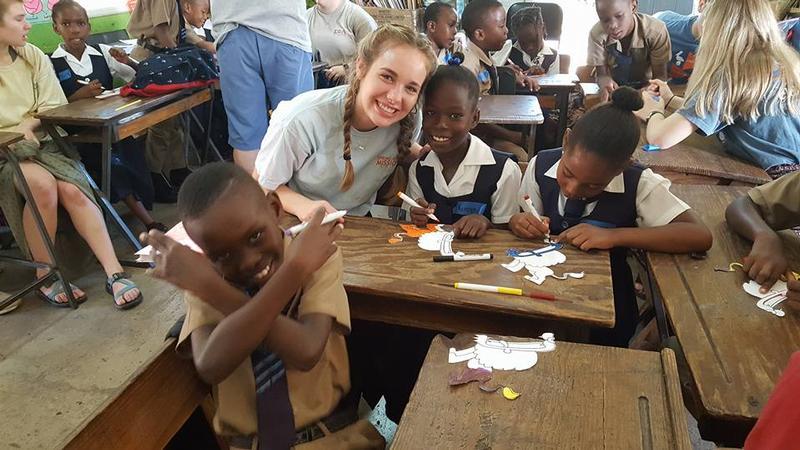 Preparing for the workout

The teams are all working on hard projects this week. Concrete is the name of the game all week. Oh, we forgot to tell them how we mix concrete in Jamaica! lol. No trucks, now power equipment, just strong backs and lots of hot, hard work. Here we are preparing the large amount of cement that will be mixed to pour a floor, oh , I should say by using buckets. 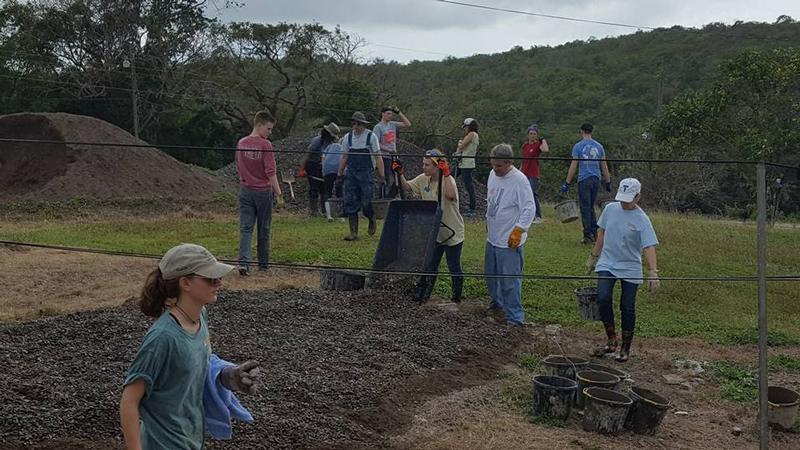 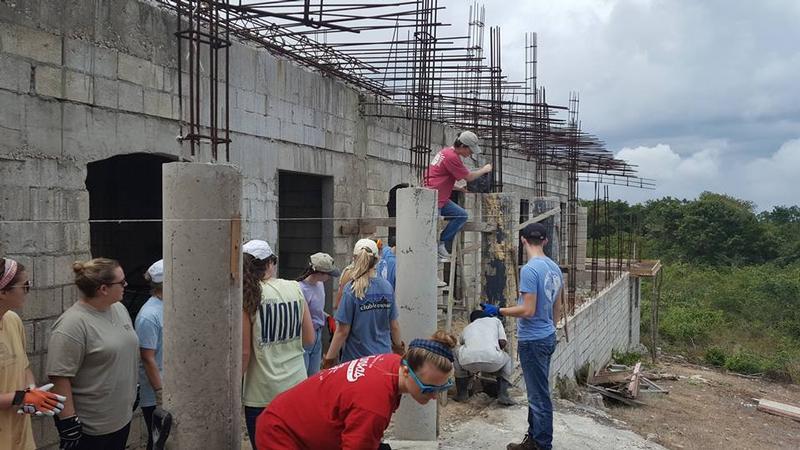 This is how its done

The girls having their turn mixing the cement 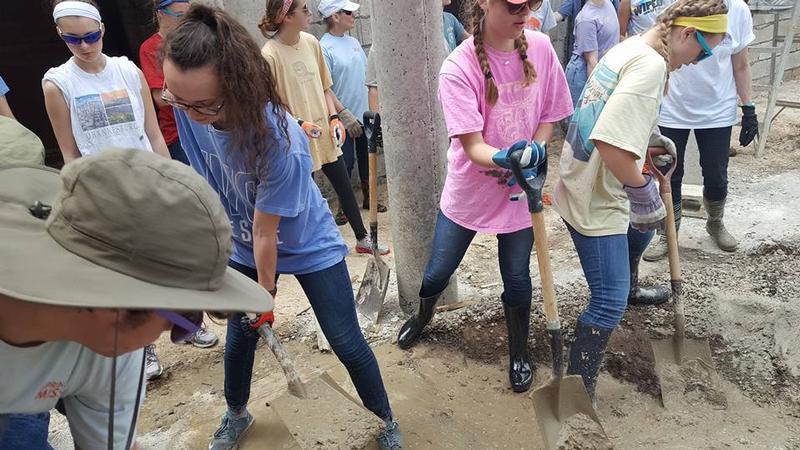 After some instruction and watching how its done, Ty gets to give a crack at it. 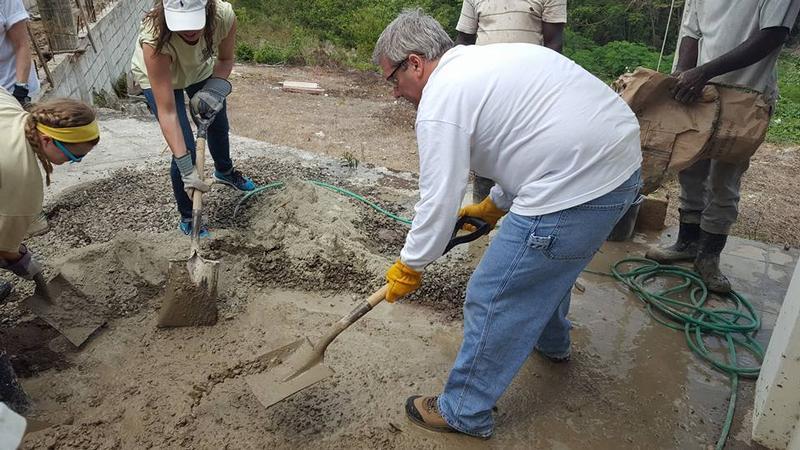 At the end of the work day and after mixing tons of concrete, passing hundreds of buckets and cleaning all the shovels and buckets so they will be ready for tomorrow, Janet gives a thumbs up and says well done!!

Every morning the team gathers for devotions before heading out to the schools and work sites. This is what it looks like. Awesome! 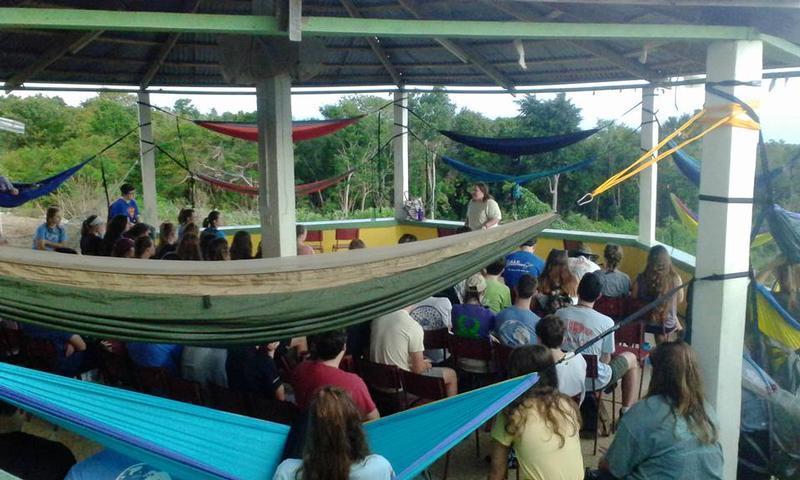 Some of the team is helping this week by building additional classroom space for a school that is overcrowded. What a blessing it will be for both students and teachers to have more space. Some of the classrooms have as many as 45 students packed in them. 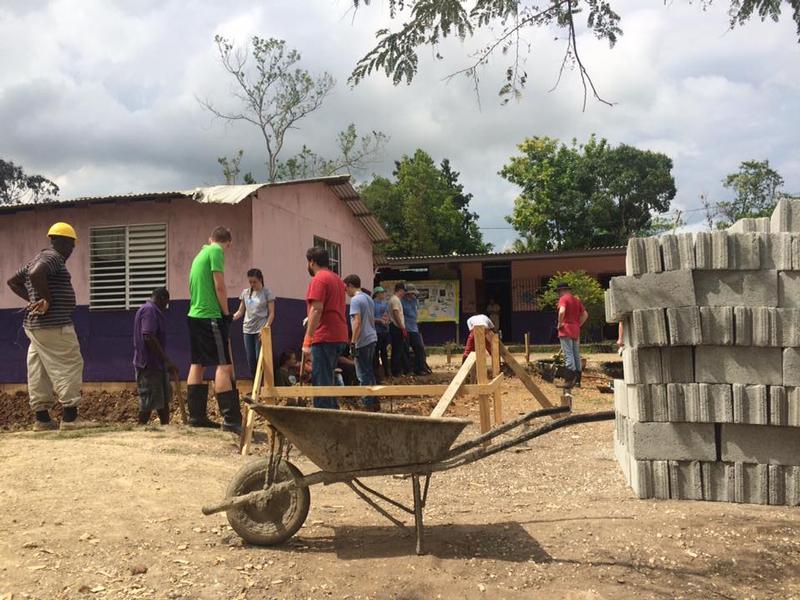 The team works hard to bring the church addition to completion. The church is hoping to have a dedication service on the new space in Oct . 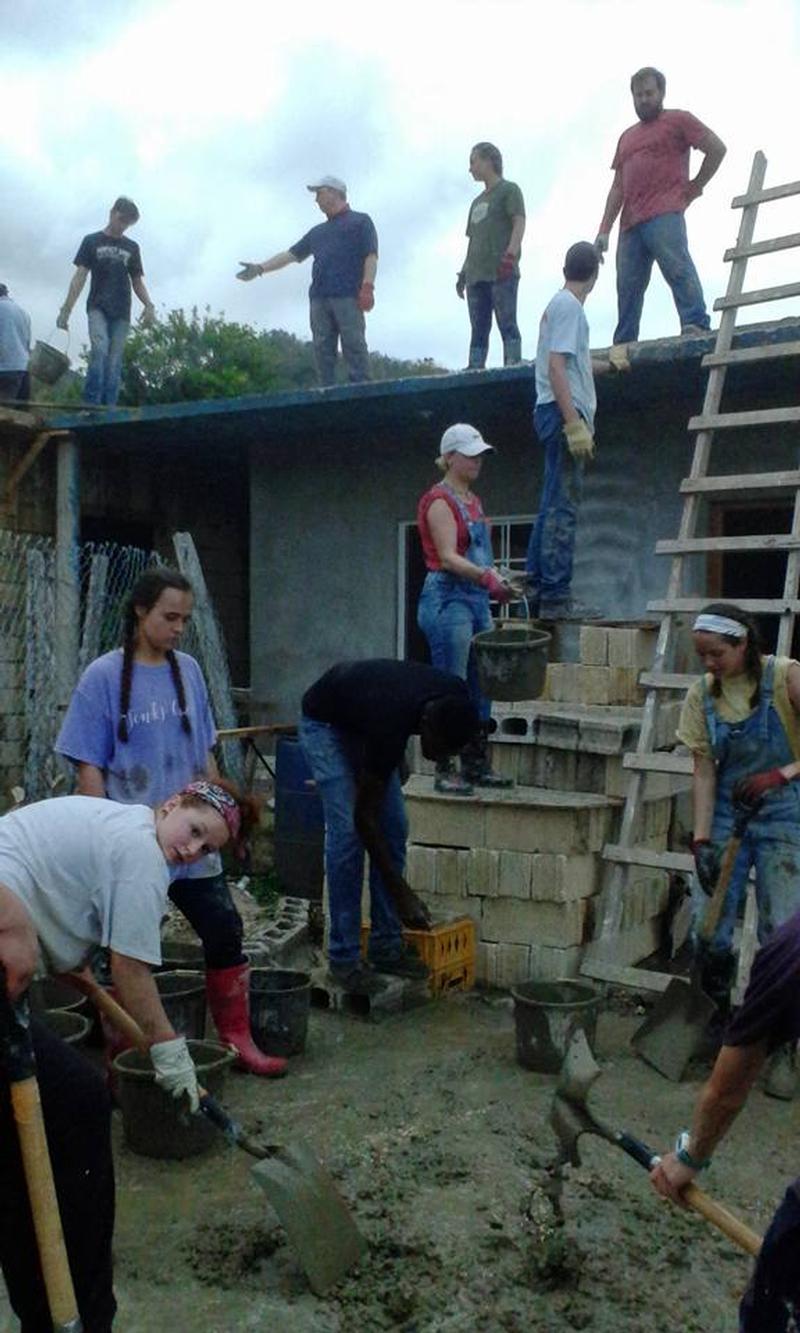 One on one with children are great. God is so good as stories are shared form both sides and relationships are born. 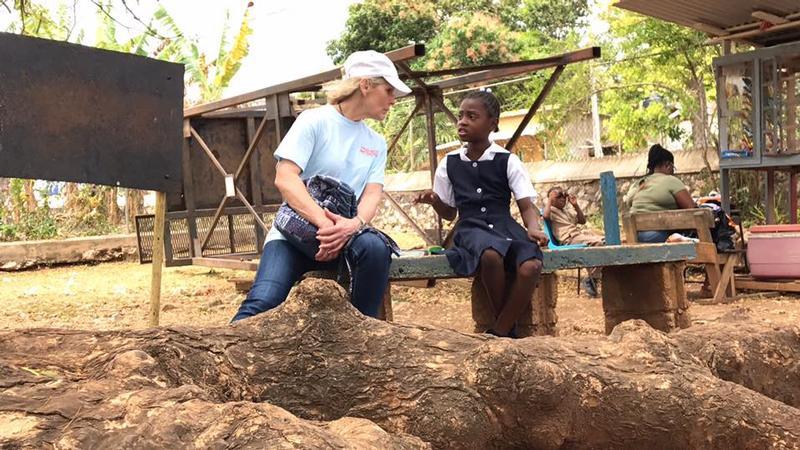 The children at the school love the team members and cherish time with them. Reading books, doing crafts and hanging out with the children make for great moments for all. 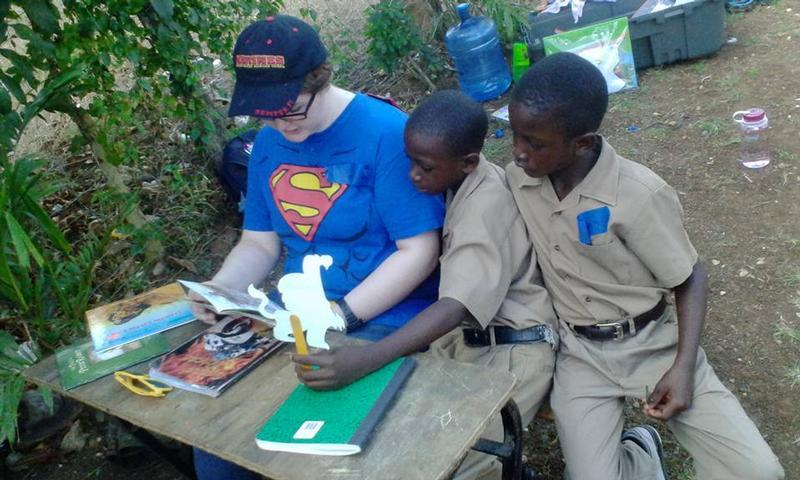 Not just for the kids

John has a small gathering for some personal time with a couple students. These conversations are life changing for everyone involved. This is ministry that the team loves to be a part of. 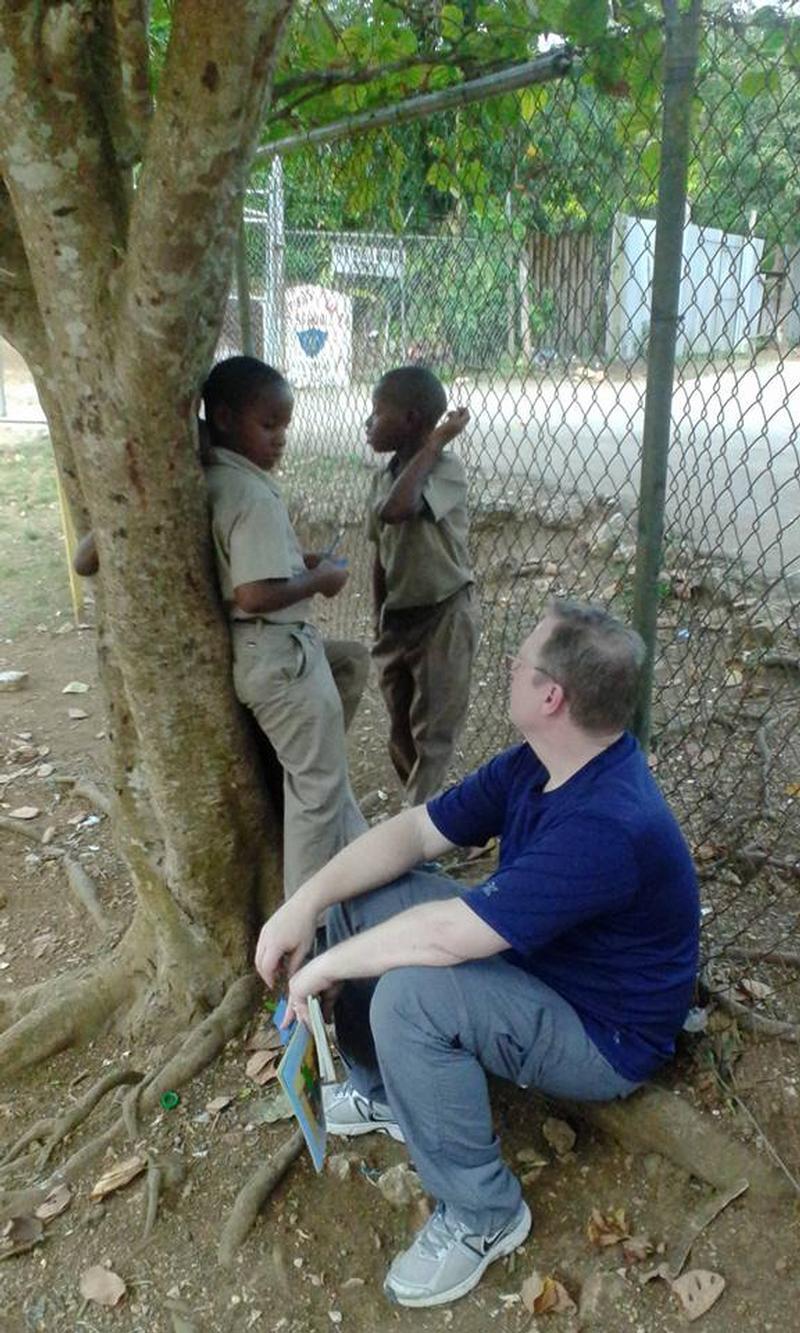 Well its over. What an awesome week it has been for the team. Tons of work finished, lots of love given out through the schools, infirmaries and within the team itself. God has moved in and through each member of the team this week. It has been a great pleasure serving with you all again!!! what a real blessing having the 11th grade class back with us for the second year!! So many spoke with me about coming back down on their own, via their small group or as a family to serve. How awesome is that!! Also, we had several that asked about internship programs, or how to be on staff when they graduate. I personally would love to have any Asbury members on our team!!! Thank you all for a wonderful, God filled week. The team is at the airport waiting for their flight to come home. They will lots of stories to tell. Until next year!!!! 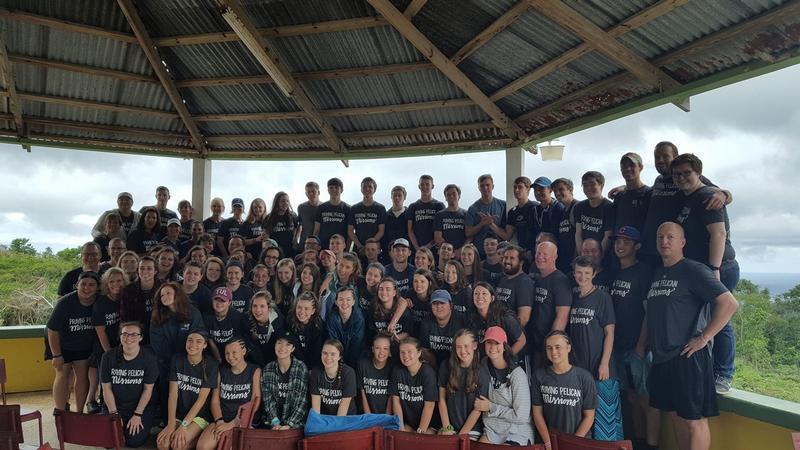 Y'all are AWESOME and doing a great job! Hugs to every one of you!!!!!!