The Transformation of Jesus Faith Church after PPM365 Emergency funding!

PPM365 is launching in Belize!

We Love Our PPM Friends

We arrived safely and on time in Puerto Rico! We had some down time at our hotel, got to know each other more, and ate some delicious local burgers. In the morning we will be heading over to the church we will be serving at, but for now, it's time to get some much needed sleep. Goodnight from Puerto Rico!
Sunday Service

This morning we drove to a town called Caguas where the church is that we will be serving at for the week. The church was incredibly welcoming and really excited to be partnering with us this week. We were invited to participate in their Sunday school, which a lot of the team was touched by. After singing many songs in Spanish and a few in English, Pam and Will gave their powerful testimonies, and then Pastor Charlie had a lesson which he presented for the church congregation. The lesson was very good and the Puerto Ricans of the church definitely showed their appreciation for the truth that was packed in the lesson. After the church service we walked the neighborhood streets, and passed out flyers to the locals kids for the Soccer Camp we will be holding at the church. Unfortunately, it started to rain on our walk, but that didn't stop us. We continued walking the streets, knocking on doors, and inviting kids to the camp! Tomorrow is the official day of the Soccer Camp and we are very excited to see what God will do at this camp! 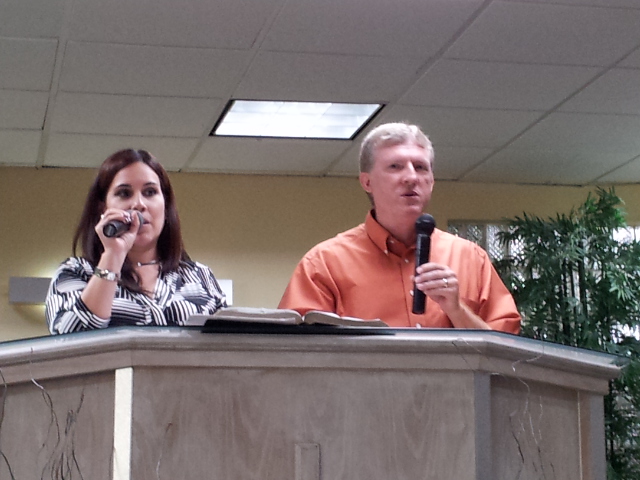 After much praying and planning, we had our first session of soccer camp this morning. God brought in 25 kids from the neighborhood and none of them were members of the church. Praise the Lord!! All throughout the morning the guys(and some girls) on our team taught the young kids how to play soccer and eventually played soccer games with them. Half way through the camp Sam lead the kids in a devotion(check out the picture!).We were so blessed and thankful to see all those beautiful faces that God brought down to play soccer. The team did an awesome job at showing Gods love to those kids! In the afternoon the team split up into two groups. Half of us stayed at the church for a few exterior painting projects, and the other half walked to a basketball court near by to playing ball with some of the older Puerto Rican boys. It was a long afternoon, but we are hoping to finish up the painting projects by tomorrow. And as for basketball, we are hoping that the relationships we built on the court will open up opportunities to share the gospel! The older Puerto Rican boys really need Jesus! To finish off the day we spent some time of prayer on the beach. It was really encouraging to see the team join hands and lift up their prayers to the Lord. And we hope yall back home are praying for us too! 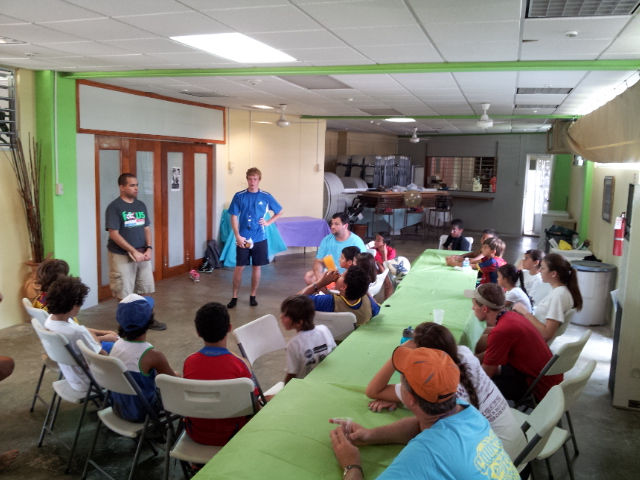 Today started off the same way as yesterday; with an amazing time at soccer camp. Except one thing was different. The Lord brought rain which made us take all the kids inside for cover. Luckily the group was prepared with the salvation bracelet activity. All the kids got to make a bracelet and then Charlie explained what each color represented. As soon as Charlie presented the color scheme, he then offered the kids the opportunity the receive Jesus in their hearts as their Lord and Savior! About 7 kids prayed a prayer out loud with Charlie!! Praise the Lord!! After soccer camp the team split up into two painting groups. One group continued painting around the exterior of the church and a room in the church. While the second group walked to a house in the neighborhood where a very special woman named Maria lives. Maria is a single mom with 3 very precious boys; Alejandro, Daniel and Omar. Daniel is the middle child(age 9), and was born at 25 weeks: only weighing a little over a pound. Because of his premature birth he basically has a severe case of cerebral palsy and is completely blind. His mother, Maria, spends all of her time by his side. She has been watching him all by herself now for 7 years. She hardly gets anytime to herself or her other kids because she spends so much time with Daniel. So our team went to her house, painted her house, cleaned the inside of her house, and Dr. Glenn, Lynn, and Pam even stayed with Daniel for the night so Maria and her other two kids could go out to eat and fellowship with each other. Once Maria returned from the restaurant she was eternally grateful for the work the team did on her house. Her faith is unbelievable. As a single mom who daily watches over her child who can not move at all, she still thanks the Lord her God with everything she has. One answer to our prayers this day was blue skies. The forecast showed that a huge storm was supposed to hit us and last all day. But we prayed with faith that God would keep the storm away. He answered our prayers big time!! All throughout the day thunder storms were surrounding us, but up above us were blue skies. It was amazing to see God answer our prayers in this way so we could bless the church and Maria with painting work! 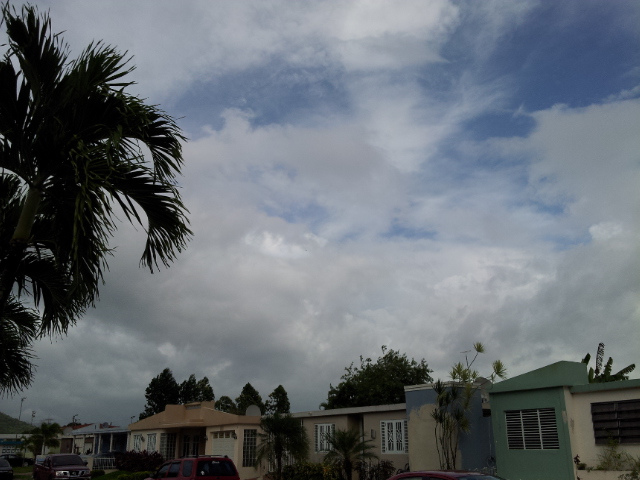 Our day today started out the same way as the first two days, except this time we were challenged with the downpour of rain. Thankfully there is a basketball court near by that has a huge concrete covering over it to protect the court from rain. So our team walked the kids over to the basketball court to continue the soccer camp without rain. Despite the camp relocation, the kids still had a blast, and Matt was still about to share a devotion with the kids at lunch time. In the afternoon the team, once again, split into three groups; one to paint outside, one to paint a class room inside, and the other to walk around the local community and pray for the many needs the neighbors have(aka prayer walking). The highlight of tonight was the farewell service the church presented for us. The church lead us in a time of prayer and worship for Jesus, who is our Lord and Savior. He has answered our prayers numerous times on this mission trip and it was undoubtedly worth praising Him for the work He preformed on this trip! After worship they presented a slide show of all the work we have done for them and for their community, followed by some more worship. It was just an awesome time of fellowship and thanksgiving with our brothers and sisters in Christ!! It's very sad to think we will be leaving in less then two days! I don't think anyone from our team is ready to go back home. But we are more than blessed to have met all the wonderful people we did. Thank you Lord for Your wonderful family!!
Last Day.

Today was the final day of soccer camp(see picture). The kids were very excited to see us again, but also very sad to see us for the last time. It has been an awesome week working with the kids at camp. We are so blessed to have had the opportunity to show Gods love to them and also share the gospel through many devotions. Today was a good last day for the team to see the kids. After lunch our team got in the bus and we headed over to Old San Juan to tour through the fort. After that we all got back in the bus and drove on down to the beach where we spent a good amount of time in the water. It was a good day to relax a little and reflect on what God has accomplished this week! Later on in the night we all circled up to share what the highlights of the week were. It was an emotion time and our team didn't hold back with the highlights. It was cool to see how God has worked in each persons lives on the team. God works in mysterious ways, but we were blessed to see how He worked this week. 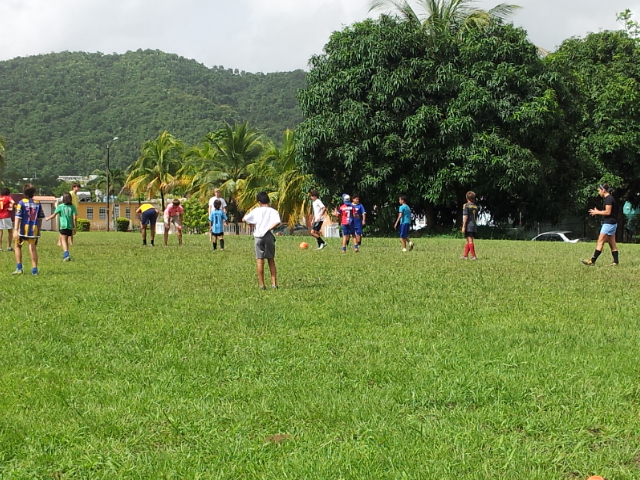