Celebrating alongside our pastors!

This morning we arrived at Hope City Church, our host for the week. We are grateful for their hospitality and eager to partner together as we serve the community of Tucson!

For our first day of ministry here in Tucson, half of us served at GAP Ministries. GAP’s mission is to stand in the gap for those in need, bringing help to children, healing to families, and hope to their community.

We served in a variety of ways which included moving furniture out of their old space and into their new one, as well as setting up the new warehouse. Many community members came to shop at the community warehouse and we were touched by the moments of connecting with them.

The other half of our team served at Gospel Rescue Mission, a local nonprofit that provides a secure home to individuals in need. We helped put away Christmas decorations and jumped in with their kitchen crew to prep food for a community meal. 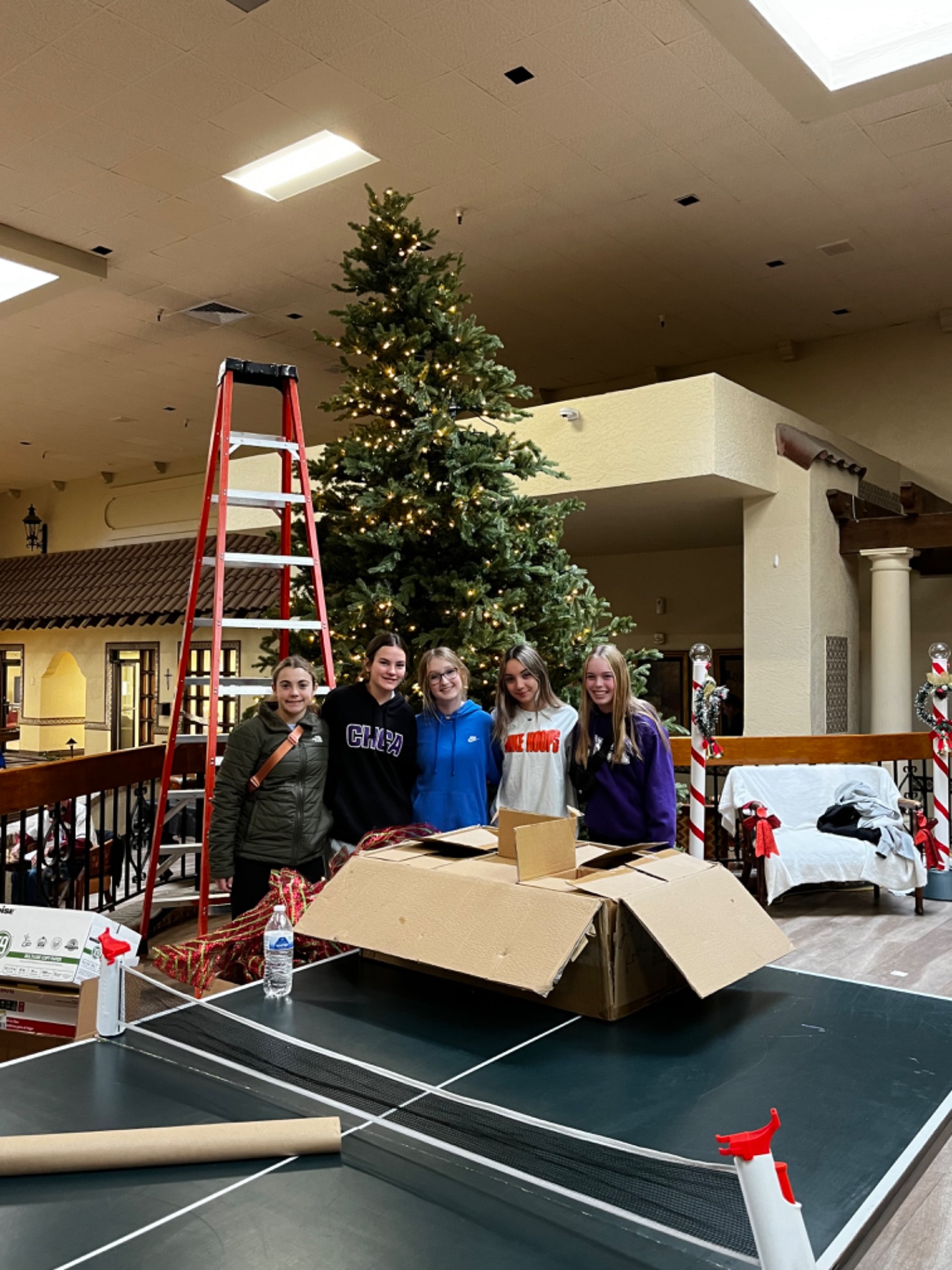 The sunset last night was glorious and we were in awe!

“From the rising of the sun to the place where it sets, the name of the Lord is to be praised.” Psalm 113:3 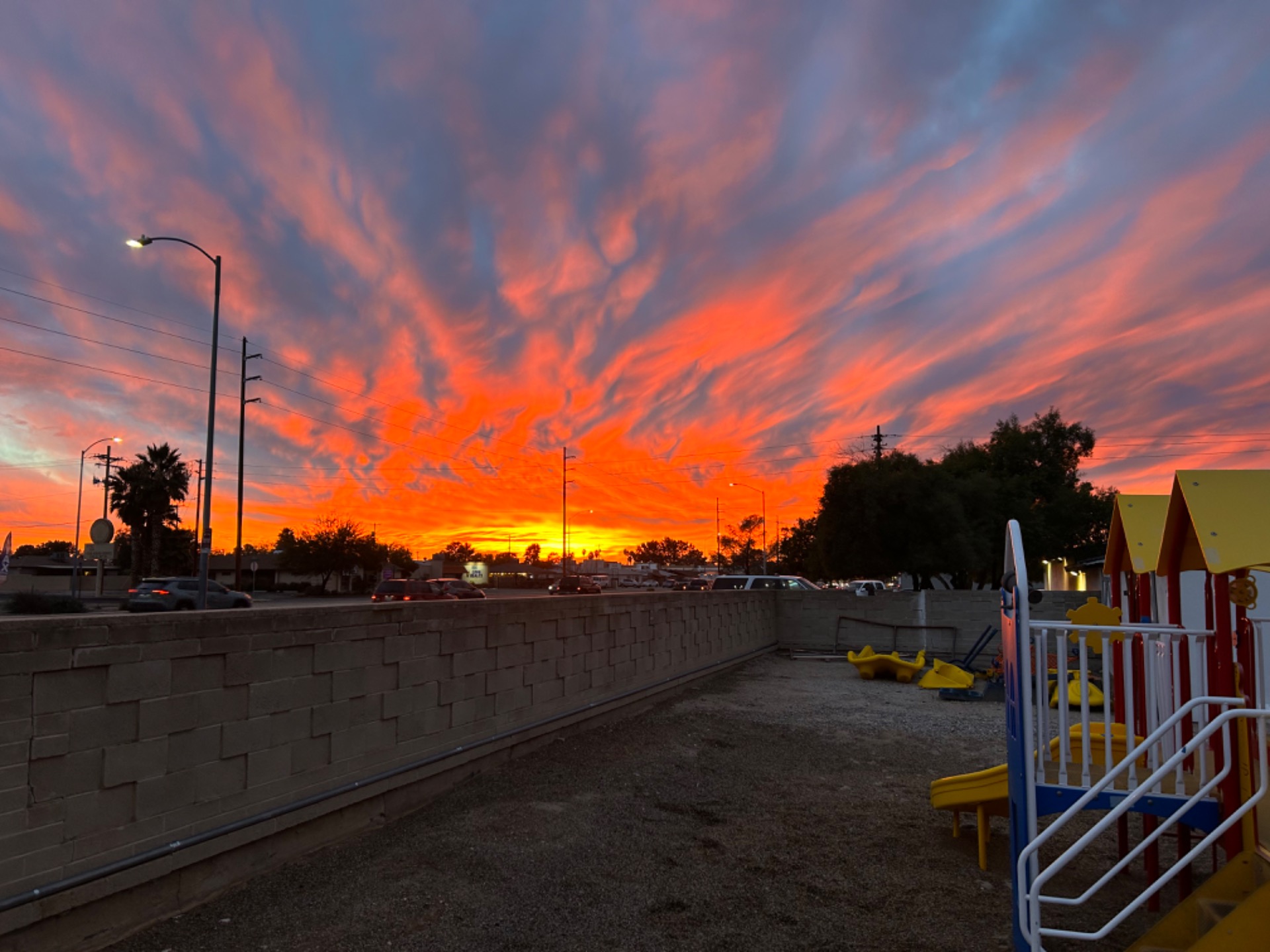 We were treated to a very special dinner prepared by our friend Val, also known as the King of BBQs here in Tucson. He was such a fun host and he spoiled us with amazing food!

We also had a birthday celebration for all of our January birthdays. Happy birthday Anna, Samantha, Kelsey, and Abby!

On Friday we switched locations so that we would all have the opportunity to serve at both places. Our crew at GAP worked on setting up shelves in the new warehouse and breaking down boxes. We also sorted through many large sacks of onions!

When our other group arrived at Gospel Rescue Mission, we got a tour of the facilities and heard all about their vision.

We then had some fun in the kitchen preparing and serving lunch for the people at the shelter! Several residents shared testimonies of how God is transforming their lives and it was powerful to hear from them. 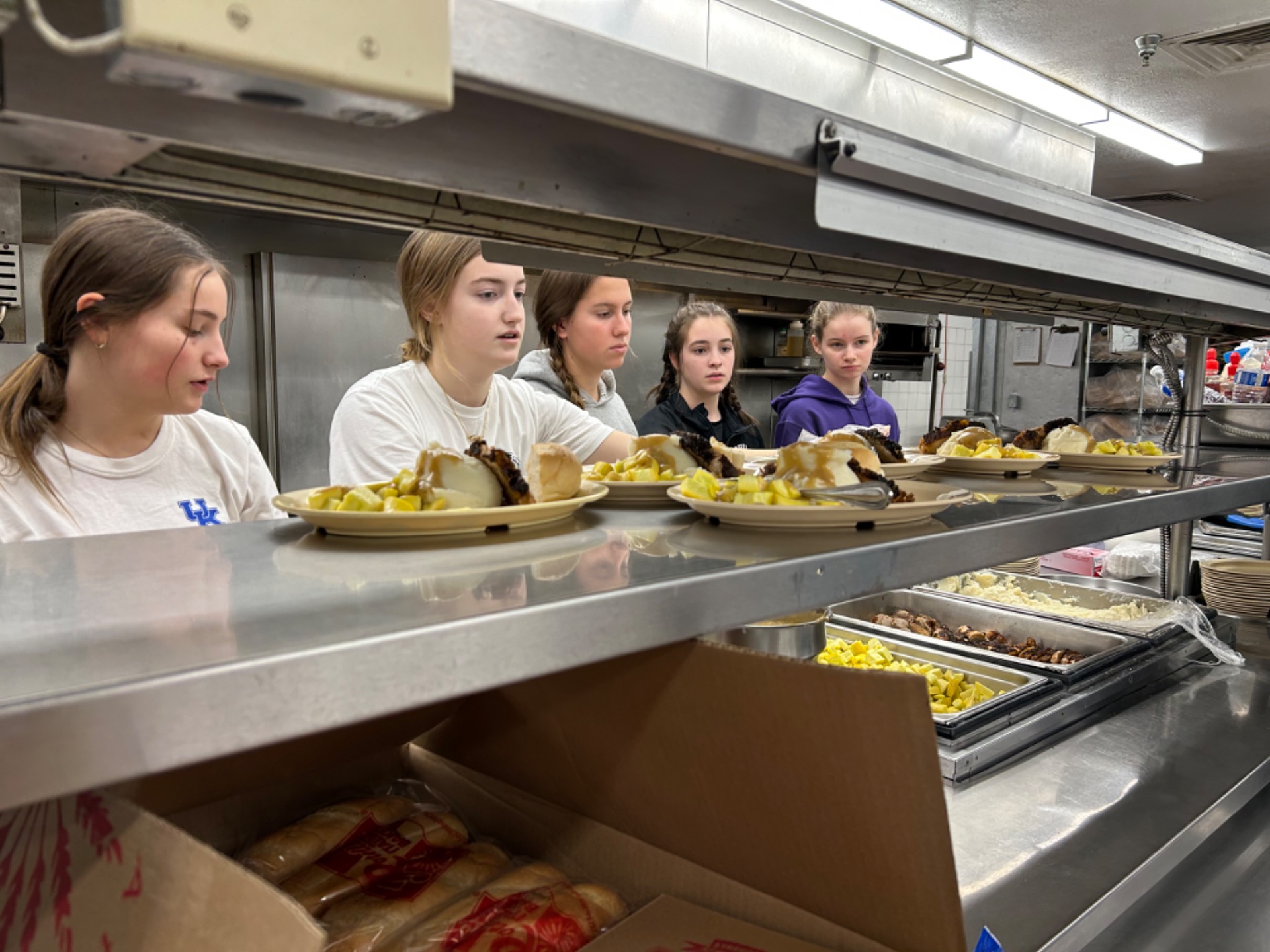 Home of the Wildcats

We had a great time exploring the University of Arizona! We checked out the store, learned about the USS Arizona memorial, and stopped at Scented Leaf for some tea. It was a fun team outing! 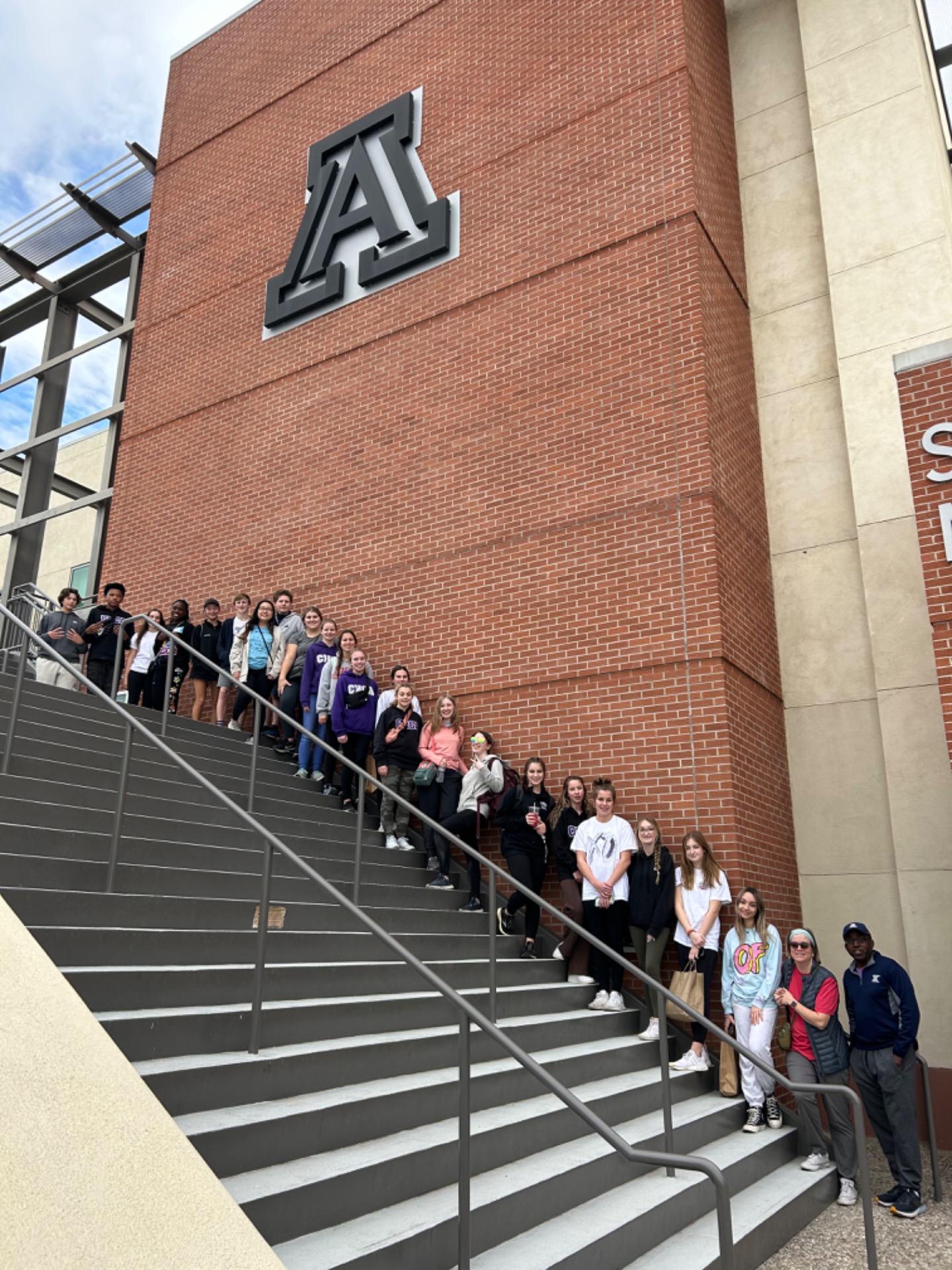 On Friday evening we gathered as a team to reflect on the day of ministry. We spent time affirming and encouraging each other, recognizing that while we are members of one body we all bring unique gifts to serve!

Saturday morning we were at Hope City doing some ministry prep for the day and taking down Christmas decorations around the church. 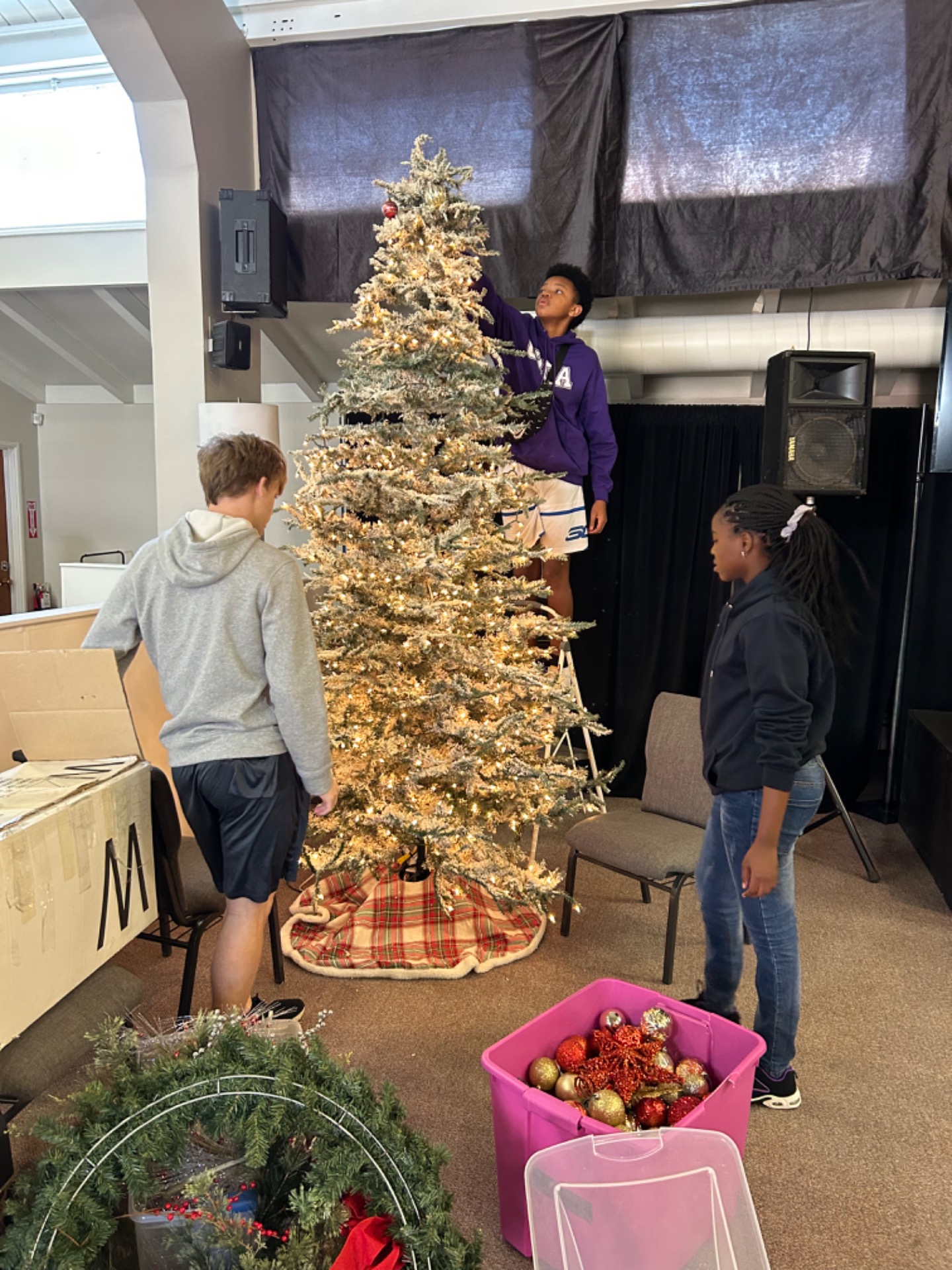 We love to come together in prayer before beginning ministry, asking for the Lord’s guidance as we serve. We know and trust that He goes with us! 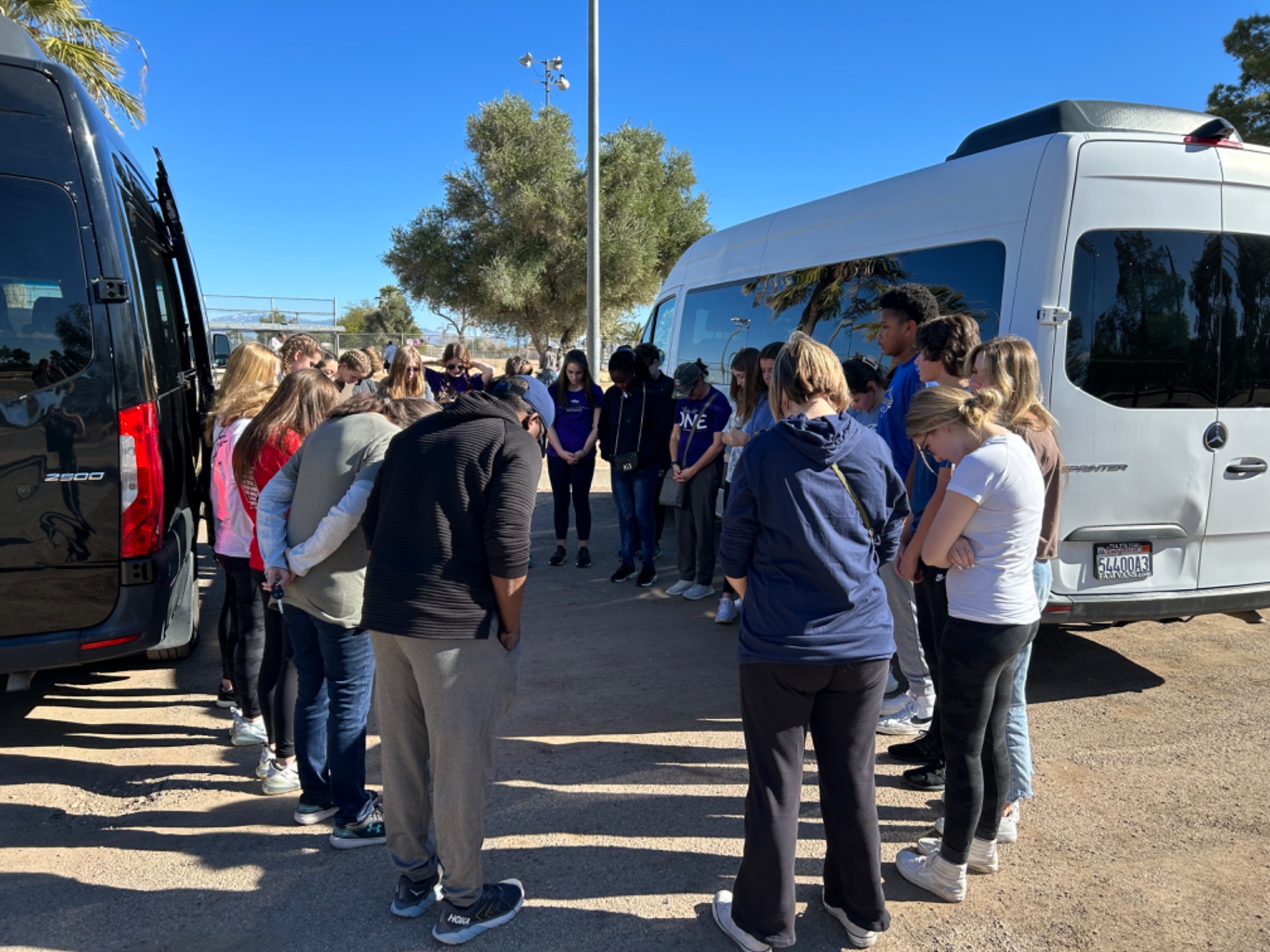 There is a very large homeless population here in Tucson and today we went to a local park to connect with them. We were deeply blessed to hear Faith share her story and heart for this ministry before she led us in packing bags and handing them out.

In the park, we connected with many people and were able to pray over them and share the love of Jesus! 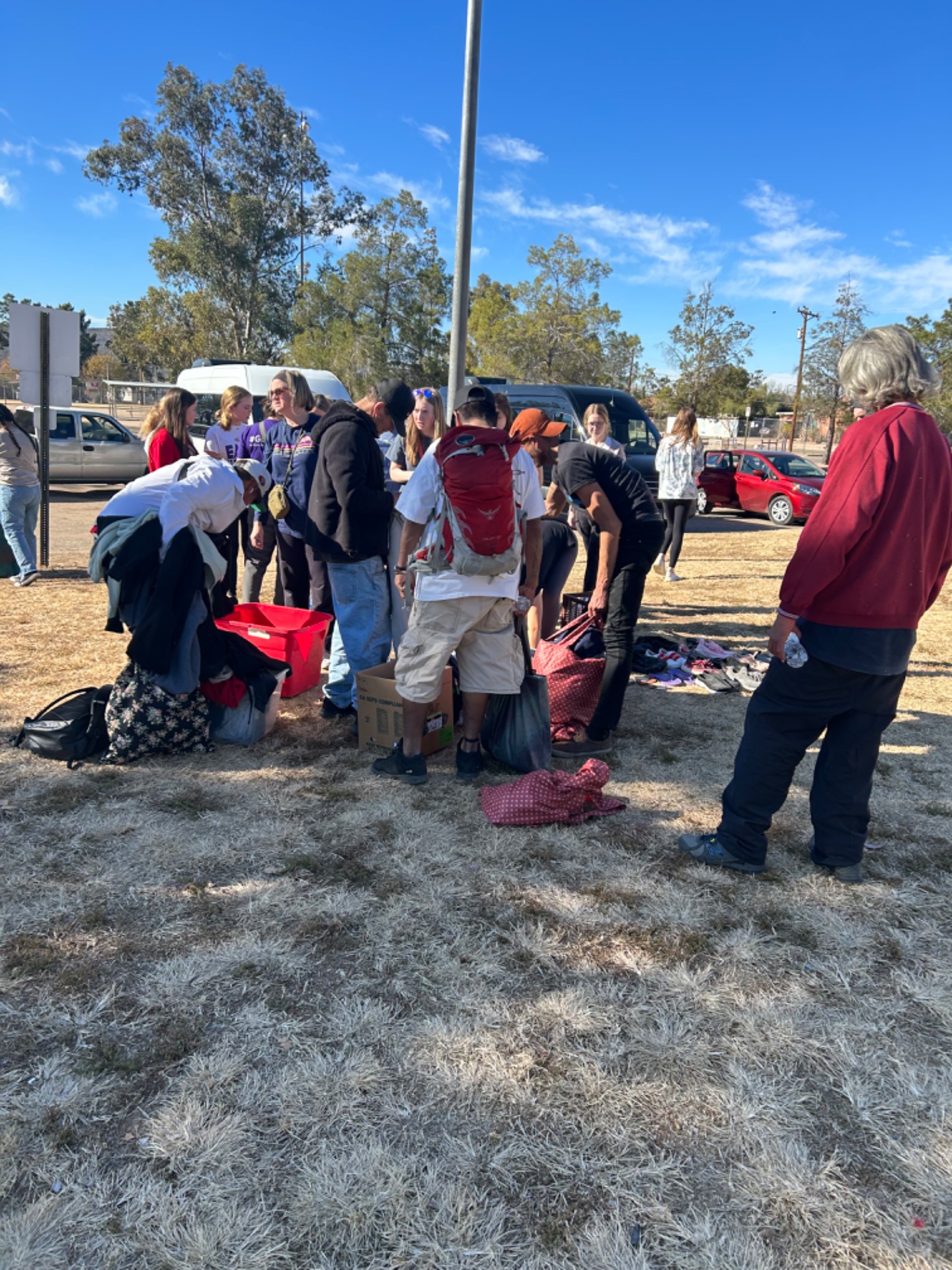 In the evening we went for a sunset hike at Sentinel Peak, known as “A Mountain.” It was breathtaking! 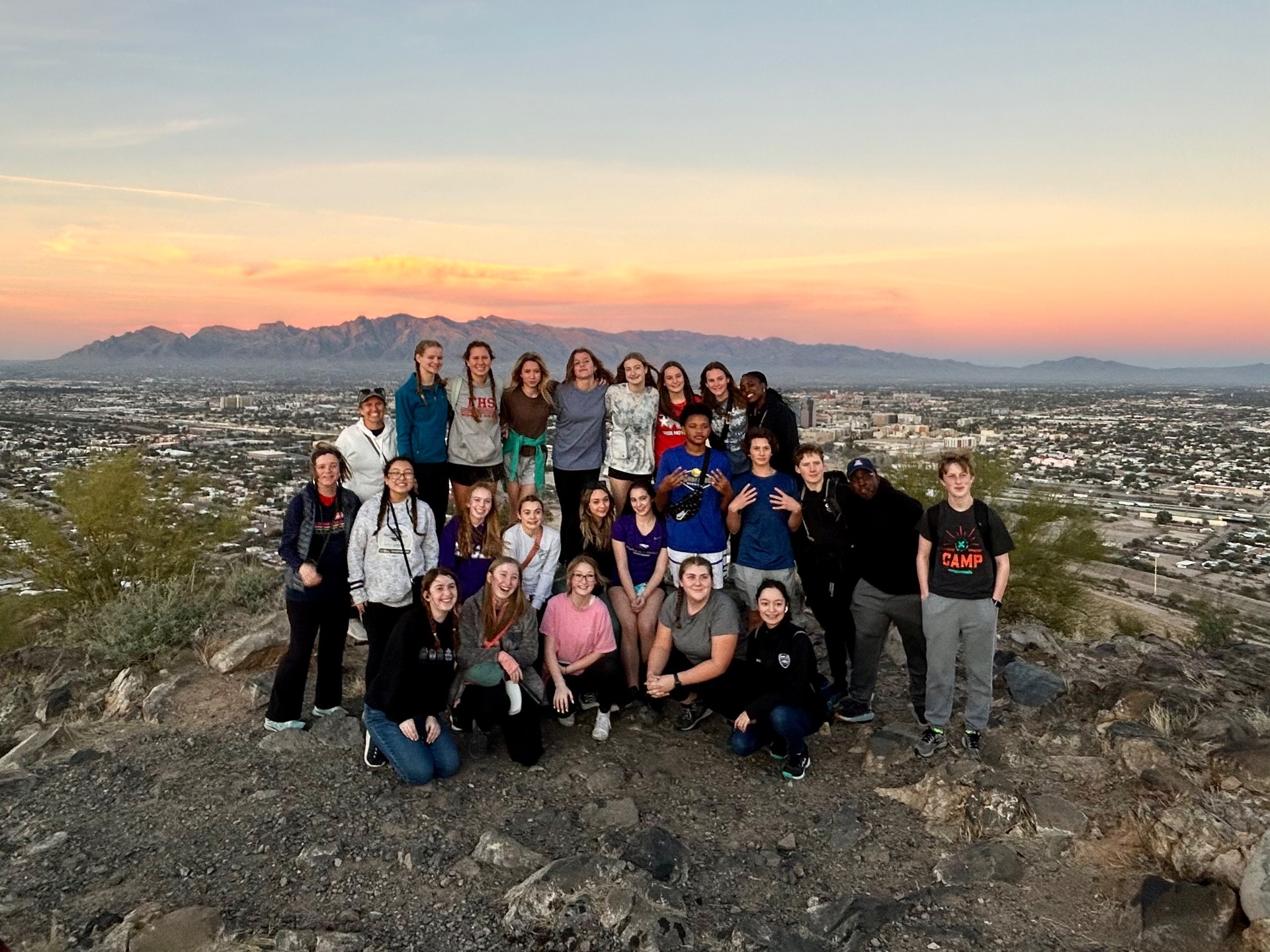 Tonight we were surprised with Eegee’s, a local treat we’ve been waiting for all week! As you can tell we were pretty excited…and a bit sugared up! 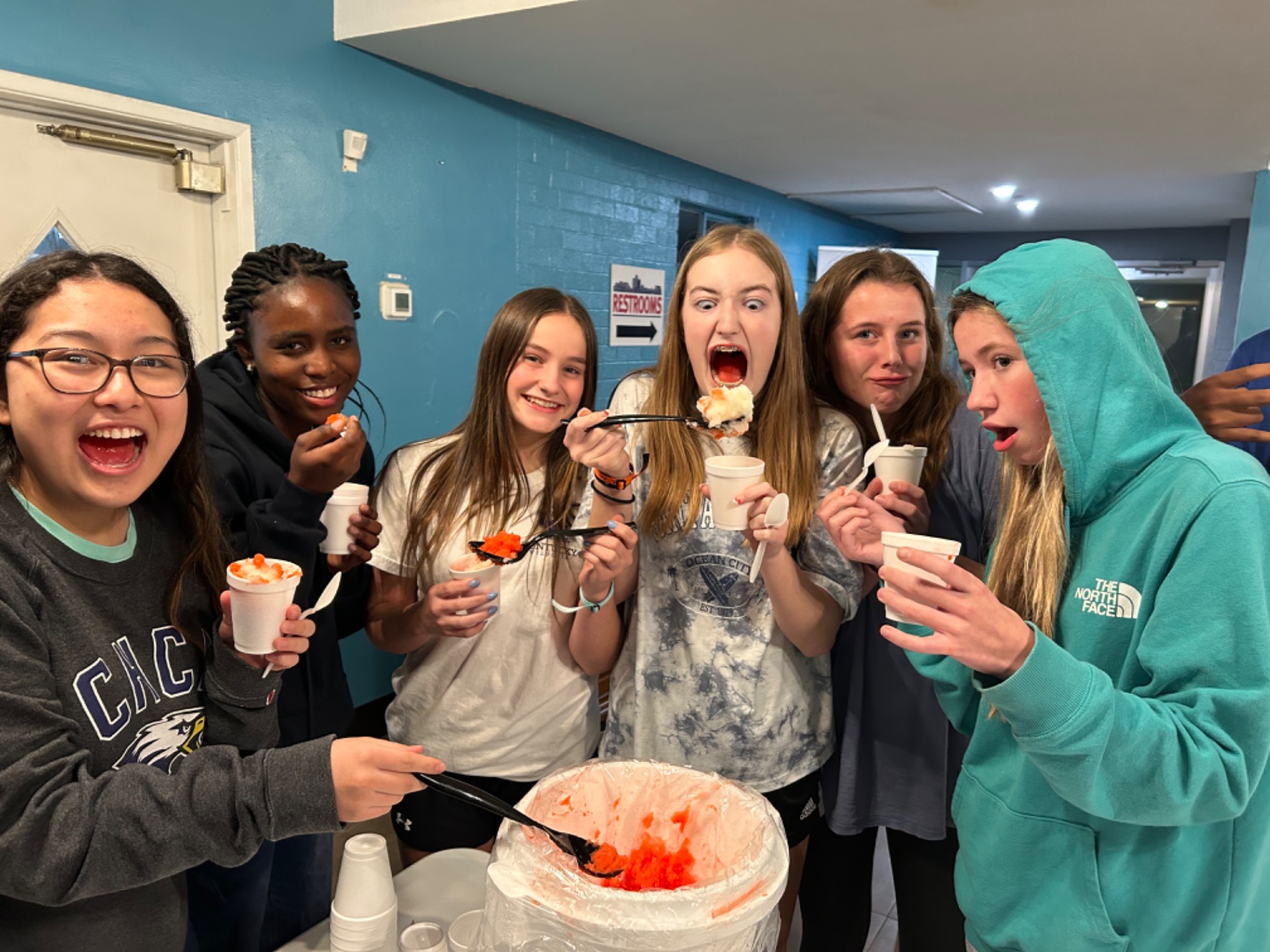 On Sunday morning we served in various roles at Hope City including setting up before service, preparing breakfast, welcoming people, and in children’s ministry. 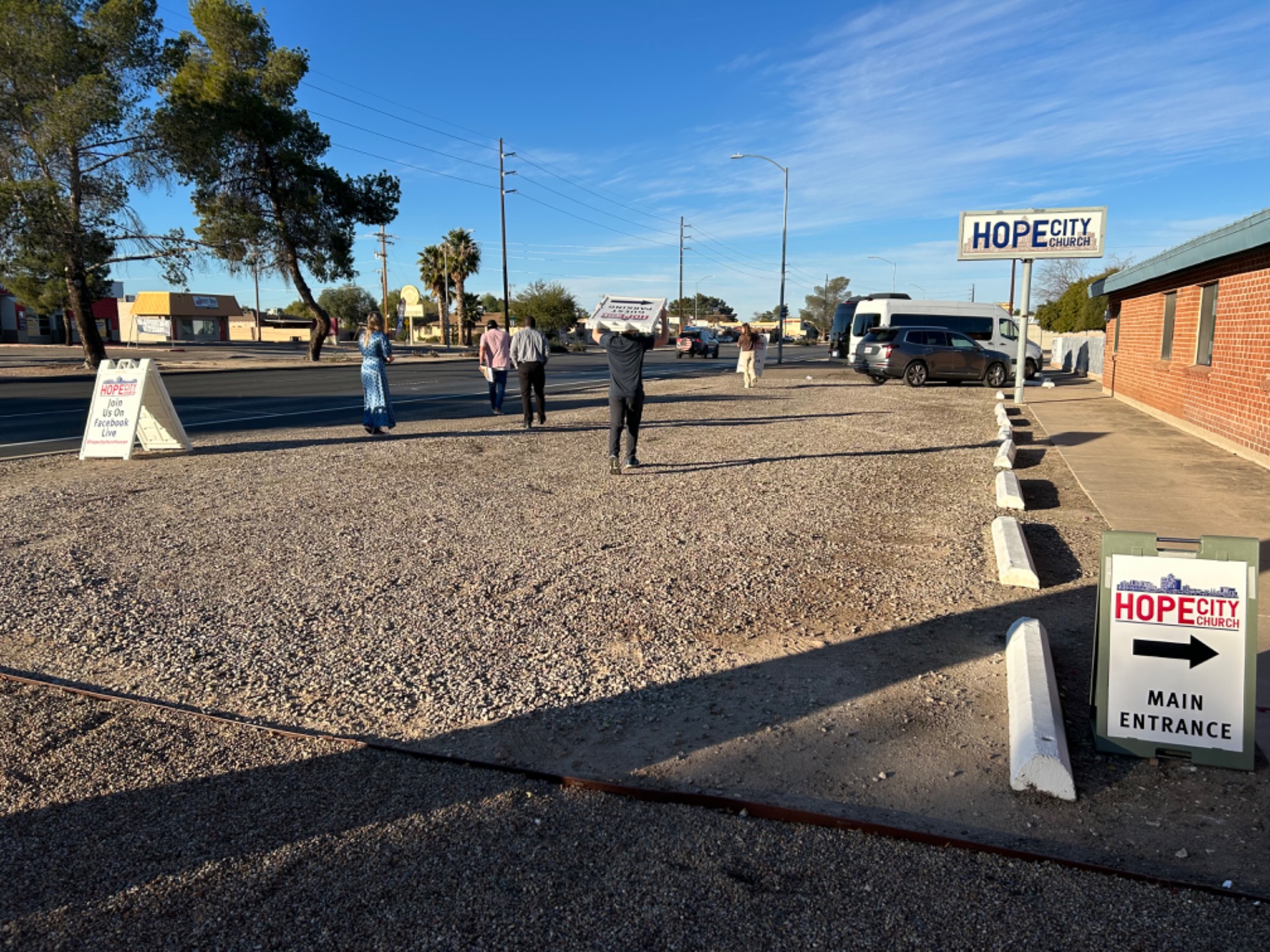 During worship Pastor Jeff spoke about new beginnings as we enter into the new year. We also shared some of the gifts God has given us. Abby shared her testimony and a poem she wrote; Kaitlin, Emma, Anna, and Rebecca sang Ten Thousand Reasons; and Georgia sang and played keys.

A member of Hope City said that she believes these students are our future. It is beautiful when we use our God-given gifts to bring glory to His name! 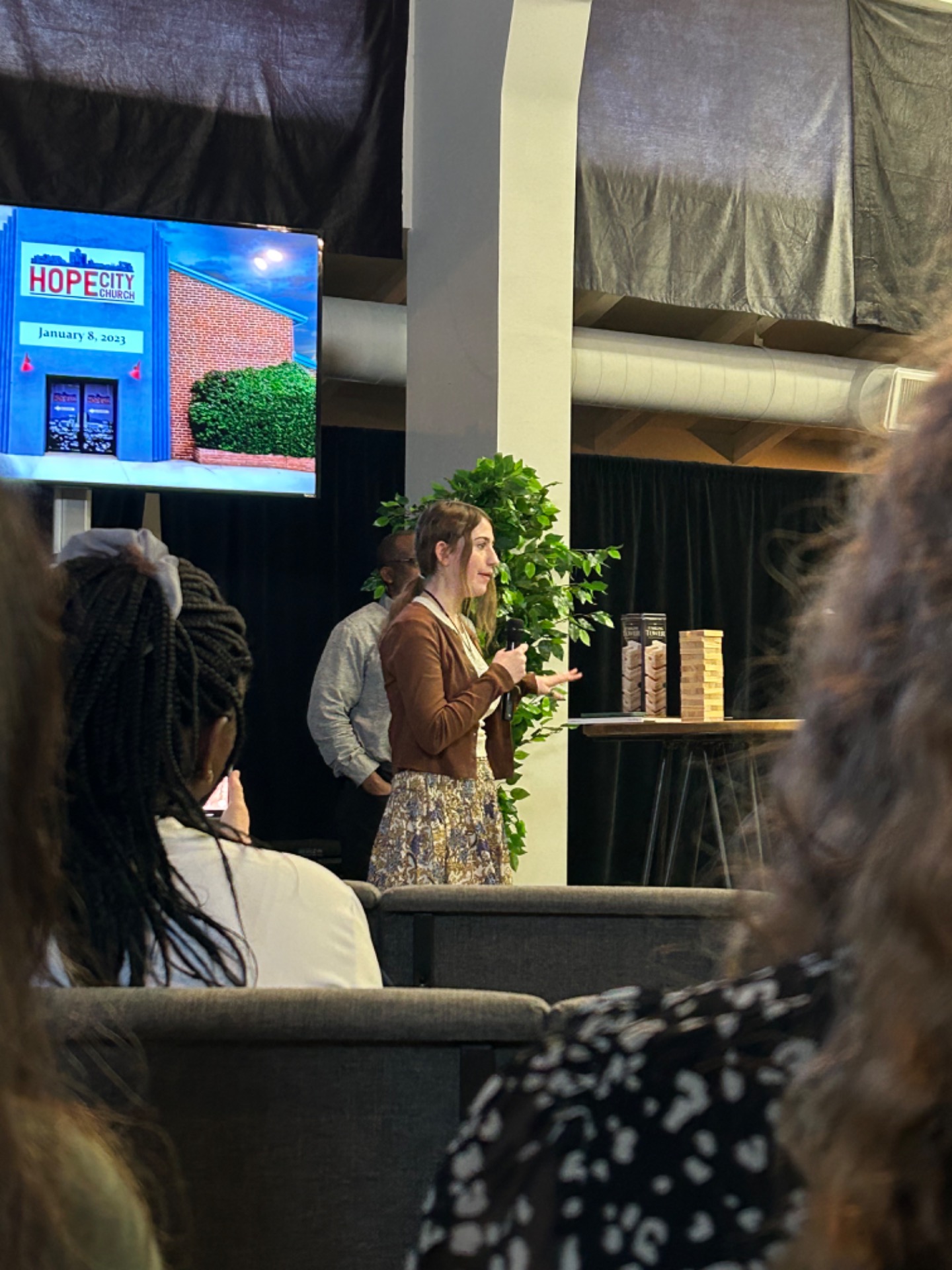 In the afternoon we explored San Xavier, a historic Spanish Catholic mission. We were amazed at the architecture and detail in the church and we enjoyed climbing up a rocky hill for a birds-eye view of the area.

It was a joy to partner alongside Hope City Church this week to serve in this community. We are so incredibly grateful to Cyndy for all of her hard work and time spent preparing meals for us, she is amazing! And to the entire Hope City team, thank you for your welcoming hospitality. We are leaving Tucson with full hearts!

The post is an excellent article. It will definitely benefit me. I want more such informative articles. https://catalyticministries.com/financials/